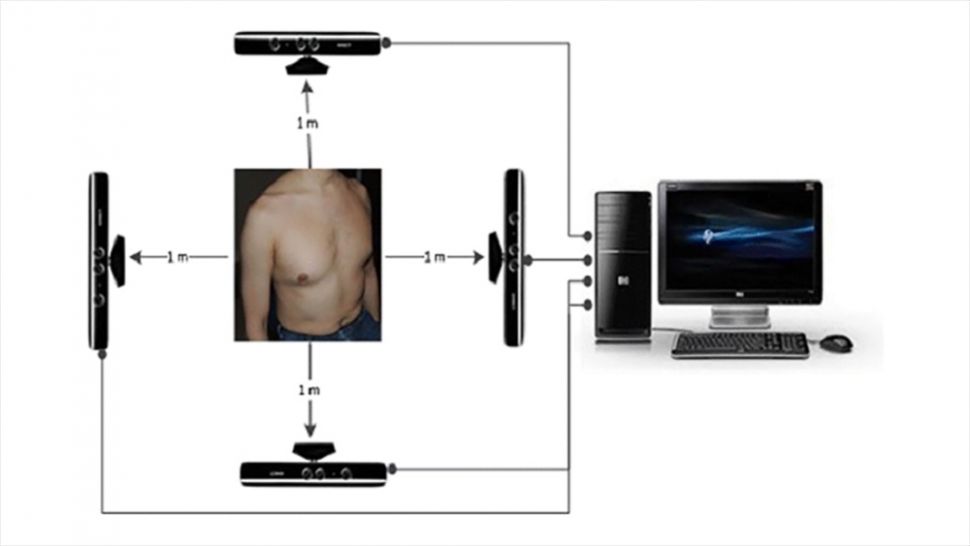 Microsoft’s motion-sensing Kinect peripheral never quite took off as the future of gaming, but it’s proving enduringly popular among scientists as a low-cost imaging device.

In the past we’ve seen it used to study glaciers and asteroids, for shopping analytics, in supermarket trolleys and even keeping peace on the Korean border.

Now, a team of British healthcare researchers is using the technology to assess the respiratory function of hospital patients. They’ve combined four Kinect sensors into a system that can quickly create a 3D image of a patient’s torso, allowing a doctor to measure how the chest wall moves.

During testing, the system not only already proved more accurate than current methods, but also yields additional data about chest movement that could help to identify respiratory problems, such as cystic fibrosis. But the biggest advantage, its creators say, is its low price – each Kinect sensor costs just £100.

“For patients who report to A&E a quick and low-cost method of chest wall motion assessment is required,” explains Chris Golby from the Institute of Digital Healthcare, who worked on the project. “Our prototype allows physicians to make accurate assessments. It is also potentially very useful in assessing changes in respiratory physiology that occur during exercise.”

Given that respiratory diseases kill one in five people in the UK and cost the National Health Service more than £6 billion per year, it’s no surprise that the researchers have labelled their device as a “game-changer”.

The full details on the Kinect-based system were published in the journal Medical & Biological Engineering & Computing.