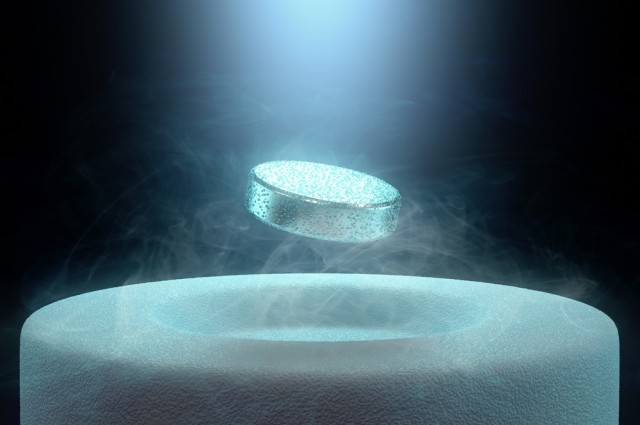 Superconductivity promises to revolutionize our world with efficient transport, cheaper electricity, and even hoverboards. Although it’s still a long road to that technology, a crucial theory has just been confirmed that could help.

The superconducting state happens suddenly when electrons in the material join in pairs. This formation is due to internal electrical currents that form the state when the right conditions arise. The theory was first proposed in 1989 by Professor Chandra Varma, and now he and colleagues from China and Korea have successfully proved it.

When some materials are cooled below a certain critical temperature, they become superconducting. They suddenly transmit electricity with zero resistance, thanks to the fact that electrons form pairs and move through the material effortlessly without repelling each other.

“I suggested that this behavior was happening because there was an unusual phase transition due to loops of currents flowing within the material. It was a very bold hypothesis because no such behavior had ever been observed,” said Professor Varma, now a distinguished professor of physics and astronomy at the University of California Riverside, to IFLScience.

The experiment conducted at the National Laboratory for Superconductivity in Beijing used a laser to precisely measure the energies of the coupling electrons. The values were so accurate that it allowed them to prove that Varma had the right idea all along. The findings are published in the latest issue of Science Advances.

The critical temperature for all the superconducting materials is still significantly below zero, with the hottest superconductor still needing to be cooled to a temperature of -70ºC (-94ºF). But the scientists think their research could help develop room-temperature superconductors, which would allow for more efficient technology that doesn’t overheat, faster transportation, and more advanced scientific and medical instruments.

“I can in my theory predict precisely the parameters that a material must have in order to get higher temperature superconductors,” said Varma. “How can chemists and experimentalists (who make those materials) achieve those parameters? I can’t directly say, but the theory points to a certain direction.”