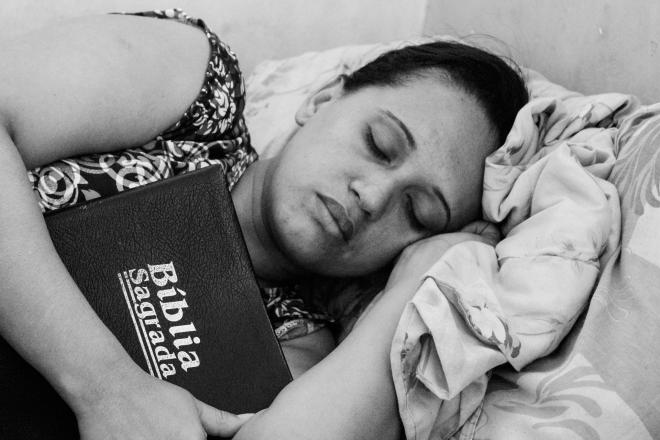 Getting enough uninterrupted sleep is integral for most bodily functions, and its importance is often understated. Sleep deprivation has been linked to heart problems, increased mental health issues like depression and anxiety, and constant fatigue. Past research has linked lack of sleep to memory problems, but a new study examines the mechanisms behind that, focusing on the rapid eye movement (REM) stage of sleep and how it plays a role in memory formation.

REM sleep involves random movement of the eyes and brain energy use that’s almost as high as waking brain energy use. We know that when we’re deprived of this important sleep stage, psychological issues like anxiety, stress, irritability, lack of focus — or even hallucinating in extreme cases — may increase. In the past, it’s been difficult for researchers to study the REM stage in humans due to ethical concerns, however. The implications or consequences of depriving people of REM sleep for an experiment may have a negative impact on their health, and it’s still a gray area. That’s why many REM studies are done in animals, though the results can’t be as easily translated to humans.

For the latest study, the researchers examined the brains of mice while they were sleeping, using an optogenetics technique, a method in which scientists can actually control brain neurons using light. In optogenetics, the neurons in question are first genetically modified so that they express light-sensitive ion channels, allowing scientists to pinpoint them, manipulate them, and then measure the effects.

The researchers focused on the mouse hippocampus, particularly during REM sleep. They used optogenetics to silence neurons in the hippocampus, which would result in impairing signaling patterns known as theta oscillations. Theta oscillations have been associated with learning and memory in the brain, so canceling those out would show whether REM deprivation had an impact on memory formation. They found that inhibiting theta oscillations in mice blocked them from forming contextual, or spatial, memories (such as remembering where a new object is located), as well as emotional memories (such as fear from a mild foot shock).

Interestingly, it was only during the REM stage that memory formation was impacted. When the researchers tried to impair the theta oscillations outside of REM, it had no influence over the mice’s memories. The researchers believe the study proves the causal relationship between REM deprivation and impaired memory formation, but of course it would need to be replicated in humans in the future.