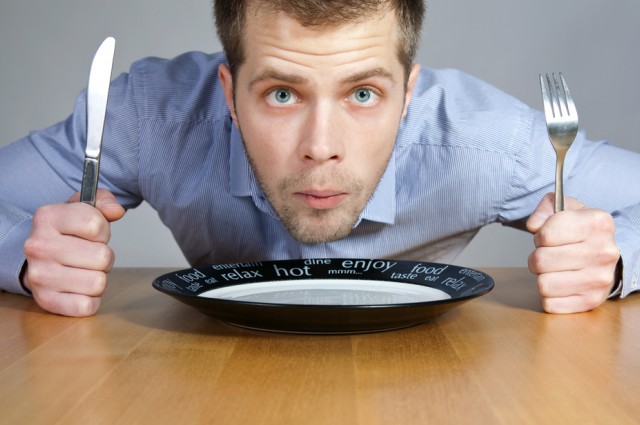 Going to the supermarket when you’re hungry can often result in some rather bizarre and reckless purchases, but a new study suggests that food shopping may not be the only task that’s inadvisable on an empty stomach. According to the researchers, who have published their work in the journal Neuropsychopharmacology, a particular hormone released when we’re hungry interferes with a part of the brain that controls our impulsivity, making us more prone to rash decisions.

The hormone in question is known as ghrelin, levels of which tend to soar just before meal times, inspiring us to insert food into our faces in order to go on living. On top of this, ghrelin has also been shown to play a role in regulating the brain’s reward center, which is what drives us to seek out pleasurable stimuli like sex and drugs, in addition to food.

The activity of this reward center is therefore closely tied to impulsivity, which refers to our ability – or lack thereof – to exercise restraint in our continual quest for pleasure. A key brain region called the ventral tegmental area (VTA), which forms part of the reward center, has been shown to play a crucial role in modulating impulsivity, leading the study authors to hypothesize that ghrelin may somehow compromise the activity of the VTA.

To investigate this, they taught rats to perform three impulsivity-related tasks. The first of these, known as the differential reinforcement of low rate (DRL), required the rats to wait a given period of time before pressing a lever, after which they would receive a sugary reward. The second task, referred to as the go/no-go test, saw the rats receive the reward if they either pressed or refrained from pressing a lever, depending on whether a light flashed or a tone was sounded. Finally, the delay discounting test faced the rats with a choice, whereby they could push a lever immediately in order to a receive one sugar pill, or wait a given period of time before pushing it in order to receive four pills.

Once the rats had mastered all of these tests, the researchers injected ghrelin into their brains. This caused them to prematurely press the lever during the DRL, while also making them three times more likely to press rather than leave the lever in the go/no-go test. They also became much less capable of waiting for the larger reward when performing the delay discounting test, indicating that the hormone affected both their motor impulsivity and their decision-making.

To confirm the role of ghrelin, the researchers then repeated the experiment using starved rats, rather than those that had received injections of the hormone. Once again, the rodents became less competent at performing all three tasks. However, when the study authors then injected the rats with a ghrelin inhibitor, their performance levels returned to their normal, non-hungry levels.

Finally, they decided to inject ghrelin directly into the VTA, rather than centrally, in order to confirm the importance of this particular brain region in controlling impulsivity. Doing so was ”sufficient to obtain the reduced efficiency seen with whole brain ghrelin injections,” wrote the authors, indicating that the VTA was indeed entirely responsible for this increase in impulsivity and breakdown in self-control.

Aside from revealing why we sometimes end up buying ourselves an entire birthday cake for dinner, the results of this study also provide a potential basis for treating certain behavioral disorders. As study co-author Karolina Skibicka, from Sahlgrenska Academy, University of Gothenburg, explained in a statement, “ghrelin receptors in the brain can be a possible target for future treatment of psychiatric disorders that are characterized by problems with impulsivity and even eating disorders.”