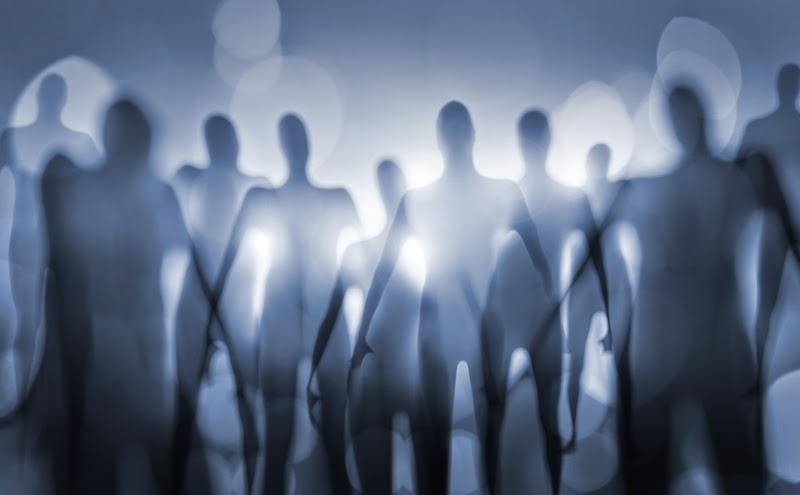 From believing that clouds are alien spaceships to thinking that MI6 agents are following you in unmarked cars, delusions are the hallmark of severe mental illness. Even psychologists and psychiatrists who work with delusional patients remain puzzled about why someone can possibly hold such beliefs when the evidence is clearly contradictory. And if we can’t really understand them, how are we supposed to help?

For example, could it be that delusions are really just extreme perceptual illusions – the cloud really looks like a spaceship? In this case, the explanation would be completely rational. Or does a delusional belief result from a breakdown in rationality, whereby the person has the correct evidence but draws the wrong conclusions?

How to understand delusions has been the subject of a lot of psychological research. One standard approach is to use tests which assess cognitive skills such as perception or reasoning. Perception tests might investigate whether the person with the spaceship delusion was more sensitive than non-deluded people to illusions or seeing meaningful patterns as opposed to random dots.

But such tests have been poor at shedding light on why such bizarre beliefs can be held with such conviction. For starters, these tests have not managed to reliably distinguish between deluded and non-deluded people. Nor do they explain why someone with sensitive perception sees just spacecraft and only in clouds rather than in other curvy forms – such as some buildings and hills – too.

Based on my own research studying delusional patients, I think the logic of this psychological testing approach is misplaced. Each delusion is very specific such that the breakdown in a patient’s belief system is peculiar to some, but not all beliefs. So we need methods that unpick these specific disturbed beliefs, focusing more on the particular content and how this changes with a change of perspective.

I think we can capture a wealth of knowledge about the breakdown of beliefs through semi-structured interviews – getting the deluded patient to evaluate the veracity of their own delusional beliefs as well as assessing them when expressed by another person, such as the interviewer. Here’s an example from the clinic.

AM (a deluded patient) holds a belief that he has robots in his head that are controlling him with GPS. When asked “How convinced are you that this is true?”, AM reported that he was “110% sure” and was unwavering in his certainty (“I am not crazy and never have been”). However, when this same belief was presented from a third person perspective “I (the psychologist) meet you in the White Horse pub and during our conversation I tell you I have robots in my head controlling me with GPS. How convinced would you be that this belief of mine is true?” AM replied, “I would want to know more”. When asked “Would there be some doubt?” AM replied, “Yes … I’d be unsure”.

I knew this patient had a turbulent romantic relationship, but this was not the subject of any delusion so I continued presenting another belief I claimed to hold: that my wife was having affairs with several men. To this, AM reflected, “I’d be unsure … It’s a difficult one this one, because I have a girlfriend … and I do worry about if she’s cheating, but I know she isn’t … You get to know a person.” What can we make of AM’s answers? His rationality is rock bottom when deliberating about his own delusion but doubt creeps in when this same belief becomes that of another person. We then observe what seems like a near perfectly rational stance when talking about my made-up concerns regarding my wife. This clearly shows that we can’t just treat patients with a delusion as irrational or being exactly the same as some other person with delusions. But AM may be unusual so we have to examine a larger group of patients to see how commonly this pattern occurs and then what it might signify regarding treatment options.

Our challenge as research psychologists is to develop systematic approaches to capture different levels of rationality (or irrationality). This is not straightforward as it requires transforming quite woolly philosophical concepts about rationality into a measure that can be rated.

Semi-structured interviews could also help us provide “belief maps”, showing where rationality is intact as opposed to broken down. In this way, we can be more systematic about the initial clinical state and measure recovery of rationality during the course of therapy – by looking only in areas where there was a problem to begin with.

For people with a first episode of a psychosis, the treatments recommended by NICEinclude both anti-psychotic medication and psychological therapy. But in the last 15 years we have come to realise that the earlier the intervention – even detecting those at risk for psychosis – can have substantial long-term benefits and even be preventive. But putting all such people on anti-psychotic medication is fraught with problems and so the treatment guidelines for at risk patients is therapy only.

As noted in a recent paper in the British Journal of Psychiatry, however, “Treatments for schizophrenia have reached a plateau. There has been no major breakthrough in the past decade.” Through my method of interviewing, patients reveal to themselves the erroneous logic they routinely use. This is far more powerful than having a psychologist lecturing about it, and may ultimately make it easier to change thinking patterns and behaviour. Building such third-person perspectives into actual therapy needs to be investigated.