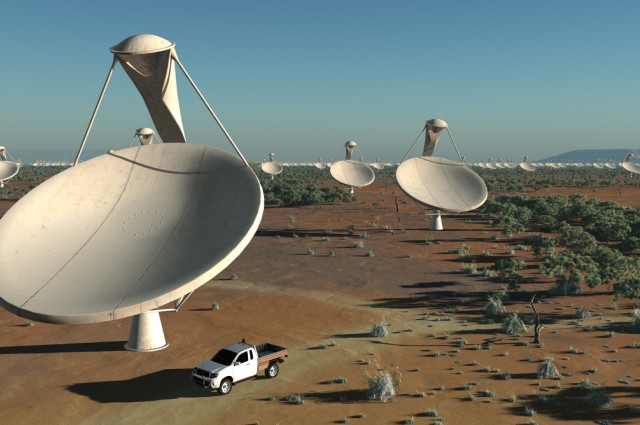 Astronomers are getting ever closer to understanding the origin of mysterious “fast radio bursts” – very brief but intense pulses of radio waves from outer space – after a series ofrecent contradictory findings. While the cause of these powerful blips is still unknown, scientists’ eagerness to find out is driving a renaissance in radio astronomy. Along with a revolution in our ability to map huge chunks of the sky in real time over the coming decade, this means the hunt for an answer is starting to look promising.

The first discovery of a fast radio burst, lasting only 5 milliseconds, was announced in 2007by scientists mining data from Australia’s Parkes radio telescope. Unfortunately, the burst did not repeat, so it couldn’t be independently confirmed by others. Several years passed before new bursts were found at different locations in the sky using independent telescopes in Arecibo, Puerto Rico and Greenbank, US.

But astronomers failed to agree on what had caused the bursts. As they had been one-off blips, more like whistlers than repeating signals, it was suggested that they could come from catastrophic one-off events – such as a neutron star colliding with a black hole. Other explanations included huge flashes of brightness, similar to solar flares, from stars in our own galaxy, or simply contaminating signals from radio waves emitted on Earth. Some even speculated that the signals could be transmitted by distant alien civilisations.

On March 2, it seemed the mystery had finally been solved when scientists announced the detection of what they interpreted to be an afterglow – lasting six days – from a fast radio burst. For the first time, they were able to suggest the galaxy that the burst could have come from, roughly 6 billion light years from Earth. The researchers suggested it likely originated when two compact objects such as a neutron star and a black hole collided.

But astronomers’ excitement was short-lived. Just days later, new observations from the Very Large Array suggested these findings could be flawed. The array had seen the signal get stronger rather than fade, which would have been expected for an afterglow. The researchers therefore concluded it was not an afterglow from a fast radio burst at all, but rather radiation from a supermassive black hole at the heart of the galaxy gradually devouring material from its surroundings. This is a common phenomenon; even the centres of nearby galaxies show variable radio brightness.

To make matters even more confusing, astronomers using the Arecibo radio telescope have just announced the discovery of a collection of signals which they argue could be a repeating fast radio burst. This is a huge surprise as we had until now assumed that the bursts were one-off events. These signals are ten times weaker than traditional fast radio bursts and seem to have different properties. There also remains uncertainty about the exact location of each burst on the sky, so they may not be related to one catastrophic event. It is clear that many more fast radio bursts need to be discovered and studied before generalisations about their nature and origin can be made.

Trying to discover a burst and, at exactly the same time, pinpoint accurately where on the sky it comes from is still a major challenge for radio observatories, as their telescopes have relatively small fields of view. This is also challenging for astronomers working at wavelengths other than the radio bands who are searching for other kinds of electromagnetic radiation (such as X-rays or the kind of optical light that we can see). Such radiation may have been emitted in the same event that caused the fast radio bursts. If a radio signal could be backed up by discoveries in these other parts of the spectrum, we could measure the distance and understand the physics processes driving these events. Could a supermassive black hole be to blame for the bursts? NASA

This problem is not new to astronomers. Intense, short-lived flashes of high-energy gamma rays (radiation that is much more energetic than radio waves) – discovered by military satellites in the 1960s and named “gamma ray bursts” – remained a mystery until they could be pinpointed in the sky with sufficient accuracy to allow other telescopes (looking in different wavelengths) to help search. Scientists working with different telescopes could ultimately establish that they came from far beyond our own galaxy. A revolution in the understanding of the underlying physics of these bursts came with the launch of NASA’s Swift satellite, which accurately locates new busts and automatically notifies ground-based robotic telescopes in real time so they can get a closer look.

At radio wavelengths, new breakthroughs may come from upgrades of existing observatories, but the development of a new global radio facility – the Square Kilometer Array (SKA) – in the coming decade is set to revolutionise this field. SKA, a huge network of radio antennas, will combine the ability to see large parts of the sky with fast detection technology to create accurate radio maps of the sky at any given moment. This will give radio astronomers a super all-in-one search and locate machine. It could also deliver news of discoveries in real time to astronomers searching for light at other parts of the spectrum with other facilities, which will see a similar revolution in the ability to scan the sky in real time.

But in the radio bands in particular, it will never be possible to store all of the data collected. Instead, astronomers will have to develop sophisticated hardware and software to sift through the data in real time to capture and identify fleeting events like fast radio bursts.

It may seem like a lot of hurdles to overcome, but it is all happening at a rapid pace. So perhaps sometime in the next decade or two we will know whether “fast radio bursts” are created by aliens or cataclysmic events … or just from microwaves in our kitchens.