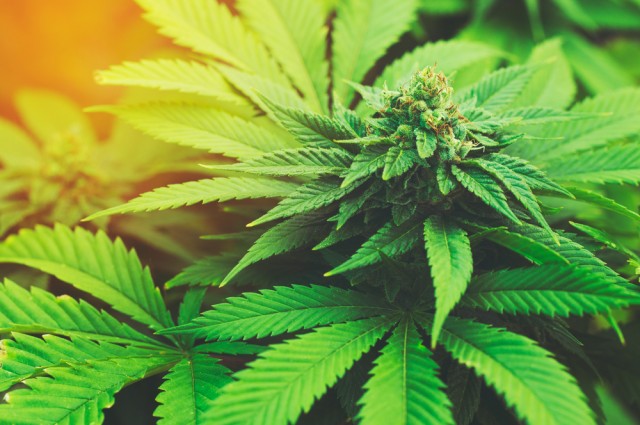 Nicholas Trainer is many things: an artist, a locksmith, and perhaps most importantly, a beekeeper. Bees are, of course, known for their ability to make honey, the superbly delicious golden ooze enjoyed by millions across the world. Mr. Trainer is also an outspoken supporter of medicinal marijuana, and he’s decided to combine his interests in order to produce what may be a world first.

Using his beekeeping prowess, he has manufactured honey made from cannabis resin. As reported by The Science Explorer, Trainer said: “For some time I had known about the health benefits of bee products such as honey, propolis, pollen, wax and royal jelly and also about the benefits of cannabis.”

Having already trained his bees to gather sugar from fruit (instead of taking nectar from flowers), he assumed that collecting cannabis resin from plants and letting the bees use it as a substitute nectar wouldn’t be much trickier. His bee horde was apparently successful in this new endeavor, and Trainer has since produced the world’s first batch of “cannahoney.”

The bees are, for better or worse, unable to “use” the resin themselves in order to get high. They lack an endocannabinoid system (ECS), a group of receptors found in mammalian brains that allows humans, for example, to experience the psychoactive effects of cannabis. The ECS also influences how we process appetite, pain, mood, and memories to some extent.

The novel honey is said to taste quite floral, and it can range in hue from light green to yellow to white depending on which strain of cannabis crop is used. Trainer has 30 individual beehives available to make batches of cannahoney, so who knows what magical concoctions he may conjure up next?