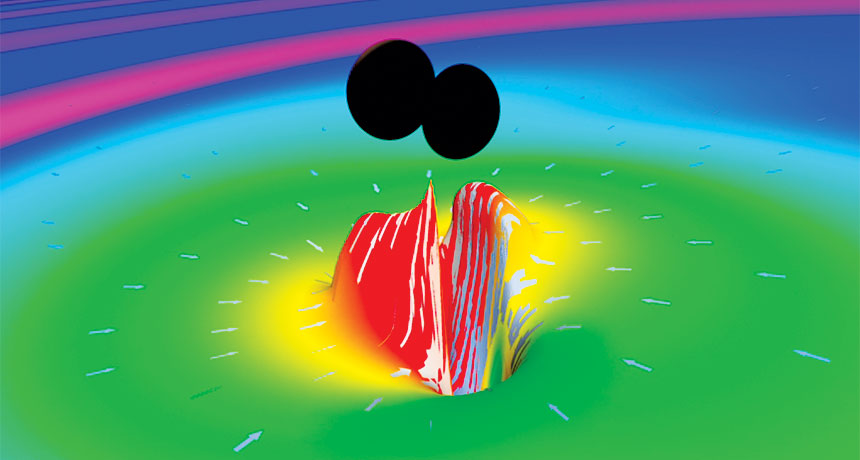 That’s a lotta watts. And a lot more — 3.6 x 1049 watts,  or 36 septillion yottawatts — blasted out of the black hole collision that the Advanced Laser Interferometer Gravitational-Wave Observatory detected in September. Rather than a flash of light, the power came out as ripples in spacetime. As the black holes merged, three suns’ worth of mass transformed into gravitational wave energy in a few milliseconds, researchers report in Physical Review Letters on February 12.

“[It] created a violent storm in the fabric of space and time,” Caltech astrophysicist Kip Thorne said at a February news conference announcing the discovery. The storm’s power, he said, “was 50 times greater than all of the power put out by all of the stars in the universe put together.”