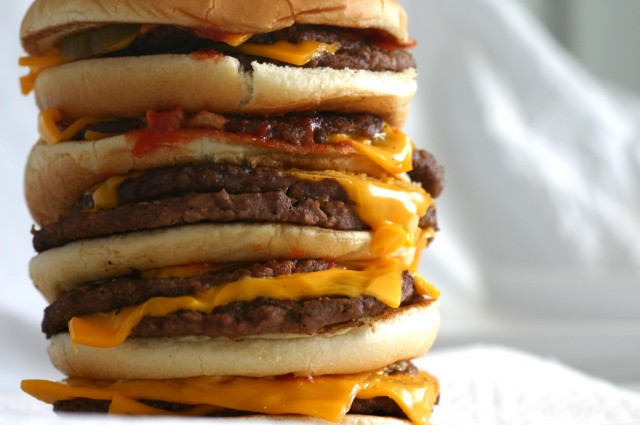 Barbeque season is fast approaching for those of us north of the equator. However, according to a recent report, you might want to take it easy on the beef burgers, and even veggie burgers, unless you’re a fan of rat and other unwanted ingredients.

U.S.-based food analytics company Clear Labs has carried out an independent report that analyzed 258 samples of burgers from over 100 different retailers and fast food chains over the past two years. This included ground meat, frozen patties, fast food burgers, and veggie burgers.

In total, nearly 14 percent of the samples had hygiene issues, pathogenic contamination, or wrongly labeled ingredients.

The biggest problem in the study was the incorrectly listed ingredients. Contrary to what was listed, the analysis found beef in five samples it was not supposed to be in, chicken in four samples, turkey in three samples, pork in two samples, rye in two samples, and a Jerusalem artichoke in one product. They even managed to find a black bean burger that didn’t contain any black beans.

While this raises many issues for people on certain diets, for either health or cultural reasons, the study pointed out that this was a strong alarm bell that there are “serious gaps” in the supply chain for many brands. Essentially, we have no idea what’s going into our food and nobody can be held accountable.

Eleven of the products, more than 4 percent, contained pathogenic DNA, including bacteria and viruses that can cause gastroenteritis, influenza-like symptoms, or even tuberculosis-like symptoms. While cooking a burger can get rid of most harmful germs, the researchers were concerned by the fact that four of these pathogen-containing products were vegetarian burgers – widely considered a lower-risk food category.

That’s not all. One of the samples contained human DNA, which the researchers say most likely came from a hair, skin, or fingernail somewhere along the manufacturing process. They also found rat DNA in three samples, one of which was a vegetarian burger. The study added that it’s unlikely either of these DNA traces could be harmful to your health, but they said rather obviously that finding rat DNA usually suggests a poor quality of food. It’s probably not the tastiest of things, either.

Perhaps surprisingly, the vegetarian patties actually fared worse than the meat products. While 13.6 percent of all the samples were flagged up as showing “some form of discrepancy between product and label,” this rose to 23.6 percent for the vegetarian ones. Two of the vegetarian burgers even contained meat.

The study did not point out any particular brand or restaurant. However, they concluded by saying they hope their research and insights could help brands “to evaluate and improve their own supply chain.”