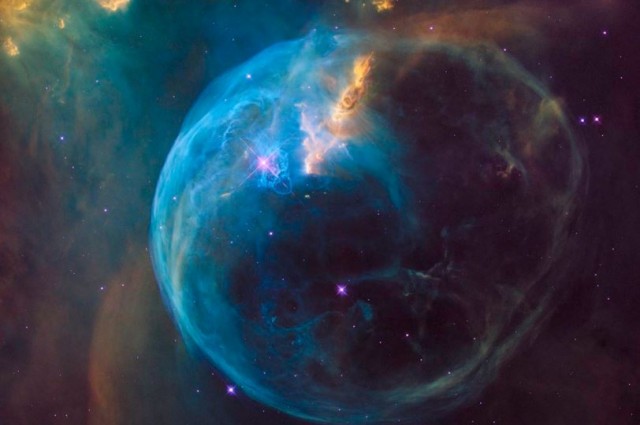 This weekend marks the 26th year in orbit for the Hubble Space Telescope, which was launched on April 24, 1990, aboard the Shuttle Discovery.

Every year to commemorate the day, Hubble observes a specific object of astronomical importance. This year, NASA and ESA have picked the incredible Bubble Nebula.

The nebula, also known as NGC 7635, lies 8,000 light-years from Earth in the constellation of Cassiopeia. The bubble, which is over 10 light-years in diameter, was created by intense stellar wind generated by a bright massive star within.

The star, SAO 20575, is between 10 and 20 solar masses, very young and very hot. It emits intense ultraviolet radiation, which over time has sculpted the material from which it formed into the nebula we see today. 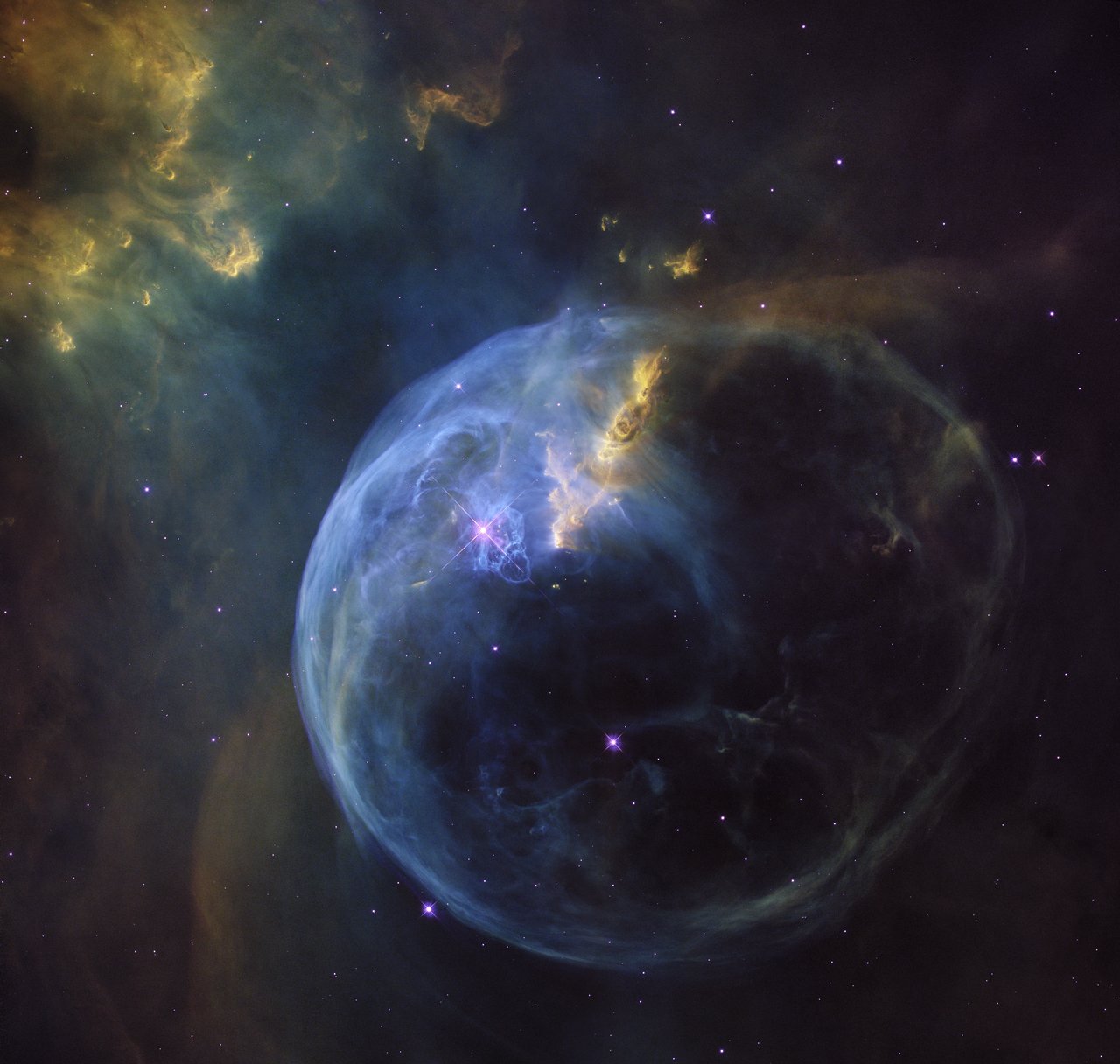 Although the bubble is remarkably symmetric, SAO 20575 is not located anywhere near the center of the bubble. Astronomers are not sure how such a great degree of symmetry has been maintained for so long.

As NGC 7635 has expanded, it has encountered the giant molecular cloud located around it, which shines in the light from SAO 20575. Nevertheless, the bubble keeps expanding, propelled by stellar winds of over 100,000 kilometers (60,000 miles) per hour.

SAO 20575 is also remarkable for another feature. It is surrounded by cometary knots, dense molecular clumps that develop long tails in their interaction with the stellar wind. These cometary knots are larger in size than the Solar System and each has about the mass of Earth.

The nebula was first discovered in 1787 by William Herschel – the discoverer of Uranus – and it has been observed by Hubble in the past, but never like this. This image is a mosaic of four different photographs taken by Hubble’s Wide Field Camera 3. The combination provides us with the highest-resolution view of the Bubble Nebula yet.

It is no surprise, then, that this spectacular image was chosen to commemorate Hubble’s incredible work over the last 26 years.