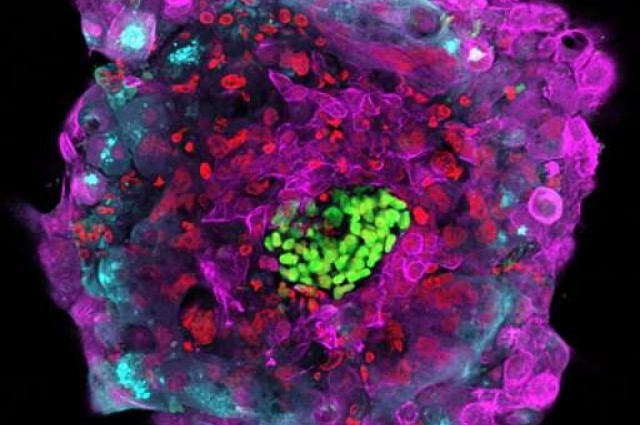 Researchers have managed to keep a human embryo alive in the lab for a record period of time, moving past the point when they would naturally implant into the womb, and surviving just short of the number of days scientists are legally able to grow them for. For 13 days the researchers were able to observe how the early embryo developed, with the hope that by understanding these early stages, it could lead to better fertility treatments.

“Embryo development is an extremely complex process and while our system may not be able to fully reproduce every aspect of this process, it has allowed us to reveal a remarkable self-organising capacity of human blastocysts that was previously unknown,”explained Dr. Marta Shahbazi, one of the co-authors of the study published in Nature Cell Biology, one of two to be released on the same research, with the other coming out inNature.

The new technique, developed at both Rockefeller University and the University of Cambridge, allows the embryos to develop beyond the point at which they would normally implant themselves in the womb. Previous research had managed to keep the developing cells for 9 days, although stopping things at 7 days, when implantation usually occurs, is more standard practice. This time, the researchers were able to keep them developing until 13 days old, just one day short of the internationally agreed legal limit of 14 days.

During this 13-day period, to start with the scientists were able to just observe the embryos, which were donated by patients undergoing IVF, from free-floating balls of stem cells. Then, the stem cells clustered at one end of the embryo, which by now is known as a blastocyst, while two other cell types develop that go on to form the placenta and a group of cells that enable the fetus’s organs to develop. When the blastocyst then implants itself, a cavity forms within the embryo. Originally, scientists thought this formed by the stem cells being programmed to die, yet this new research has shown that this is not the case.

Any further research into embryo development has, however, been constrained by the 14-day limit that was decided upon decades ago. Previously, this has not been an issue for researchers as the science simply did not exist to maintain an embryo for that amount of time, but recently science has been increasingly pushing this boundary. There is now a growing call to revisit these laws, which are based on a mixture of moral, religious and scientific reasoning, to enable researchers to grow embryos for a longer period of time, even if it is just by an extra 7 days.

“This limit was chosen more than 20 years ago as it was thought to represent the first point when individuality is assigned and twinning no longer possible, and carries strong support in the UK from patients and researchers,” says the University of Manchester’s Professor Daniel Brison, who was not involved in either study. “However, given the potential benefits of new research in infertility, improving assisted conception methods, and in early miscarriage and disorders of pregnancy, there may be a case in the future to reconsider this.”