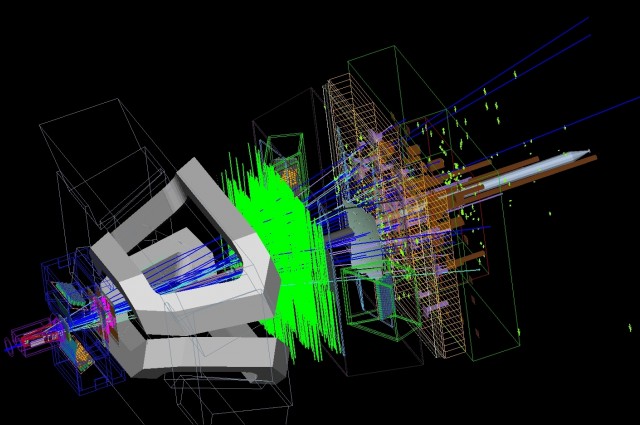 Science is always pushing the limit of accepted theories until we find that they don’t work anymore. And the latest results from CERN indicate that we might be on the verge of new physics.

The data looks at a special particle called a B meson. The current theory of particle physics, the Standard Model, has very specific predictions on the frequency and angle at which the B meson decays, but it doesn’t match what has been seen in the experiment.

“To put it in terms of the cinema, where we once only had a few leaked scenes from a much-anticipated blockbuster, the LHC [Large Hadron Collider] has finally treated fans to the first real trailer,” said Professor Mariusz Witek, one of the co-authors of the paper, in a statement.

The Standard Model puts all the known subatomic particles into a single theory. There are six quarks (up, down, charm, strange, top, bottom), six leptons (electrons, muons, tau, and their corresponding neutrinos), the force carrier particles (gluons, photons, Z and W bosons) and the Higgs boson. The B meson is made of a down quark and a bottom antiquark, and once formed, it decays in 0.0015 nanoseconds.

The B mesons can decay into different and specific sets of particles. According to the Standard Model, these particles will have a certain energy and will be emitted at a certain angle. However, this experiment found evidence for a type of decay that was not seen before and that was not predicted by the model.

“Up to now all measurements match the predictions of the Standard Model. However, we know that the Standard Model cannot explain all the features of the Universe,” said Witek. “How did the dominance of matter over antimatter in the universe come about? What is dark matter? Those questions remain unanswered. What’s more, the force we all experience every day, gravity, isn’t even included in the model.”

While this paper, published in the Journal of High Energy Physics, is definitely promising, the detection is not yet a discovery. The signal was observed with a confidence level of 3.4 sigmas. Physicists only accept a discovery after it passes the 5 sigma mark, which means that we have a probability of less than one in 3.5 million that the discovery is a fluke.

CERN has now started a new round of high-energy collisions that will hopefully provide an insightful look into the potential brave new world beyond the Standard Model.