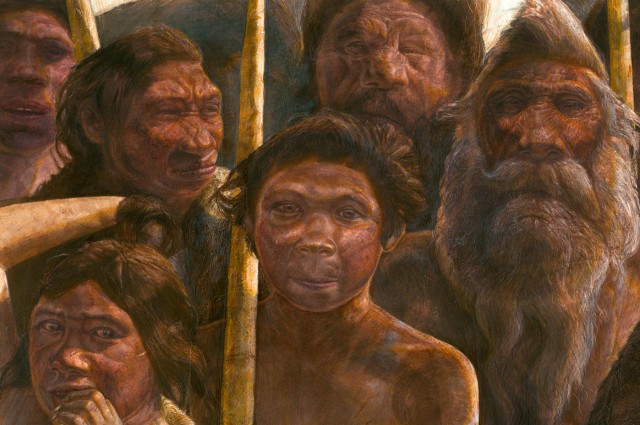 Researchers have managed to sequence a section of the oldest human DNA ever, taken from the 430,000-year-old teeth and thigh bones of fossils found in northern Spain. What they’ve been able to determine from this impressive feat could rewrite the evolutionary tree of ancient human species, including those that eventually gave rise to us.

Starting in 1997, archaeologists have excavated the remains of around 28 skeletons thought to date to around 430,000 years old from a cave in northern Spain known as Sima de los Huesos, or “pit of bones.” The skulls of these individuals appear to show the beginnings of the formation of a heavy brow ridge, and so it was thought that they represented early Neanderthals, who would eventually evolve into the fully recognized species 100,000 years later.

But new evidence, published inNature, from sequencing parts of the fossil’s nuclear DNA suggests that these were not early ancestors to the species at all, but were fully recognized Neanderthals. If pushing Neanderthal origins back by 100,000 years wasn’t enough, the new research also shows that Neanderthals and another species of closely related human – known as the Denisovans (who lived in southern Siberia thousands of kilometers away) – had already diverged when the Neanderthals were buried at Sima de los Huesos.

This has profound implications for our own origins. It means that the likely suspect species that was thought to have given rise to us, Homo heidelbergensis, probably wasn’t our ancestor, as the species was not thought to have evolved until 50,000 years after modern humans and Neanderthal-Denisovans diverged. This means that the likely culprit to have given rise to all three species might well have been another little known species calledHomo antecessor, described from remains also found in Spain, but this time dating to 900,000 years old.

As if this web of early human species wasn’t complicated enough, there are further questions that need to be resolved. For example, while the nuclear DNA taken from the Sima de los Huesos fossils showed that the bones were Neanderthal, some of the mitochondrial DNA that is found in other parts of the cell seem to show that at least one of the 28 individuals was related to the Denisovans. How this came to be is still a mystery, and could represent evidence of an unknown species of human migrating from Africa to Eurasia. Until more fossils are found, all one can do is speculate.