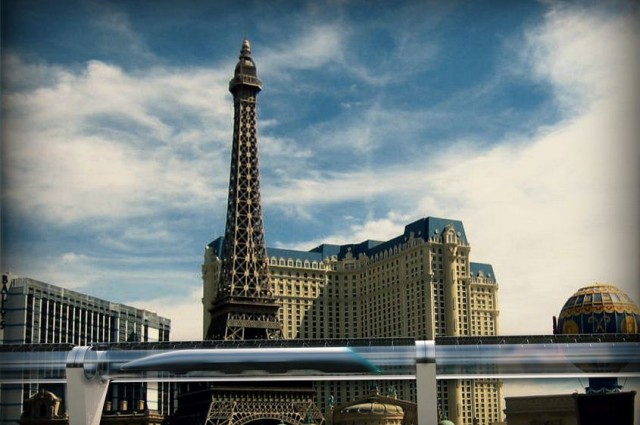 In the last few months, we’ve seen three companies in the U.S. announce plans to build Hyperloop test tracks, Elon Musk’s proposal for rapid transit vacuum tubes for people across large distances. Now, it seems Europe is getting in on the action too, with an upcoming track planned to connect three cities.

The proposal comes from JumpStartFund’s Hyperloop Transportation Technologies (HTT), who already have plans to build a test track in California. This latest venture would see them connect Bratislava, Slovakia, with Vienna, Austria and Budapest, Hungary. An agreement has apparently been reached with the Slovakian government to push ahead with planning.

“Slovakia is a technological leader in the automotive, material science, and energy industries, many of the areas that are integral to the Hyperloop system,” said Dirk Ahlborn, HTT CEO, in a statement. “Having a European Hyperloop presence will incentivize collaboration and innovation within Slovakia and throughout Europe. With our project in Quay Valley, this agreement with Slovakia, and future developments with other regions of the world, HTT truly has become a global movement.”

This European track would allow passengers to travel from Vienna to Bratislava, 56 kilometers (35 miles) in a straight line, in just eight minutes. The Bratislava to Budapest link, 160 kilometers (100 miles) in length, would take just 10 minutes. A route between Bratislava and Košice, in eastern Slovakia, is also being considered. This would be a distance of 400 kilometers (250 miles), taking just 25 minutes compared to a typical 4.5-hour car ride.

“Hyperloop in Europe would cut distances substantially and network cities in unprecedented ways,” said Vazil Hudak, Minister of Economy of the Slovak Republic, in the statement. “A transportation system of this kind would redefine the concept of commuting and boost cross‐border cooperation in Europe.”

Hyperloop, for now, is very much in its testing phase. No track has actually been built, and designs are still being worked on for how the pods will work. But it’s exciting to see new developments in what Musk once described as the future’s “fifth mode of transport.”